Your cart is empty

Customer Services Our team is here to help

Secure Payments Your order is safe with us 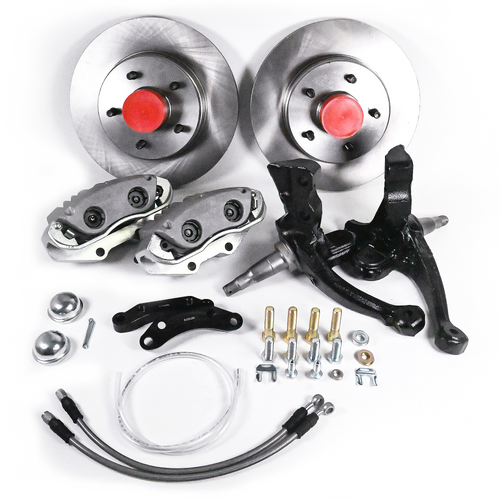 The return of a legend. In 1987 when the C4 Corvette had to create its own stock racing series because it was banned for being too good, Chevy needed to show that the Camaro was not one to be taken lightly now. After previous shortcomings with braking performances, they decided it was time to step up their game and make it be known this time was different. They soon would develop a brake setup that would help propel Camaros to numerous victories at endurance racing circuits across the country. The 1LE Brake Package was the answer they were looking for.

It included larger 12 inch rotors, an improved spindle setup, and aluminum dual-piston calipers. This allows for braking times to be much shorter and handling to be more precise, thus being able to keep speed up longer and ultimately finish faster. Chevy knew the faster their cars could finish, the more hardware they would bring back and further separate themselves from the competition. The "win on Sunday, sell on Monday" mentality also made this kit a no brainer for dealers across the country.

Hawks thought it was time to make that statement be known again. After careful research and development, Hawks is proud to offer the undisputed trophy winning 1LE brake setup once again. Available exclusively at Hawks, this brake kit was designed and manufactured to the exact specifications and tolerances as the original kit that just couldn’t seem to lose with the cars it was put on at the time. (This kit uses a more robust/rigid high pressure cast caliper, similar to the ones found on the 95-96 Corvette rather than the earlier finned type 1LE caliper.)

*KIT DOES NOT SHIP ASSEMBLED*

*By completing this form you are signing up to receive our emails. You can unsubscribe at any time.

Powered by BigCommerce. Designed by Frooition